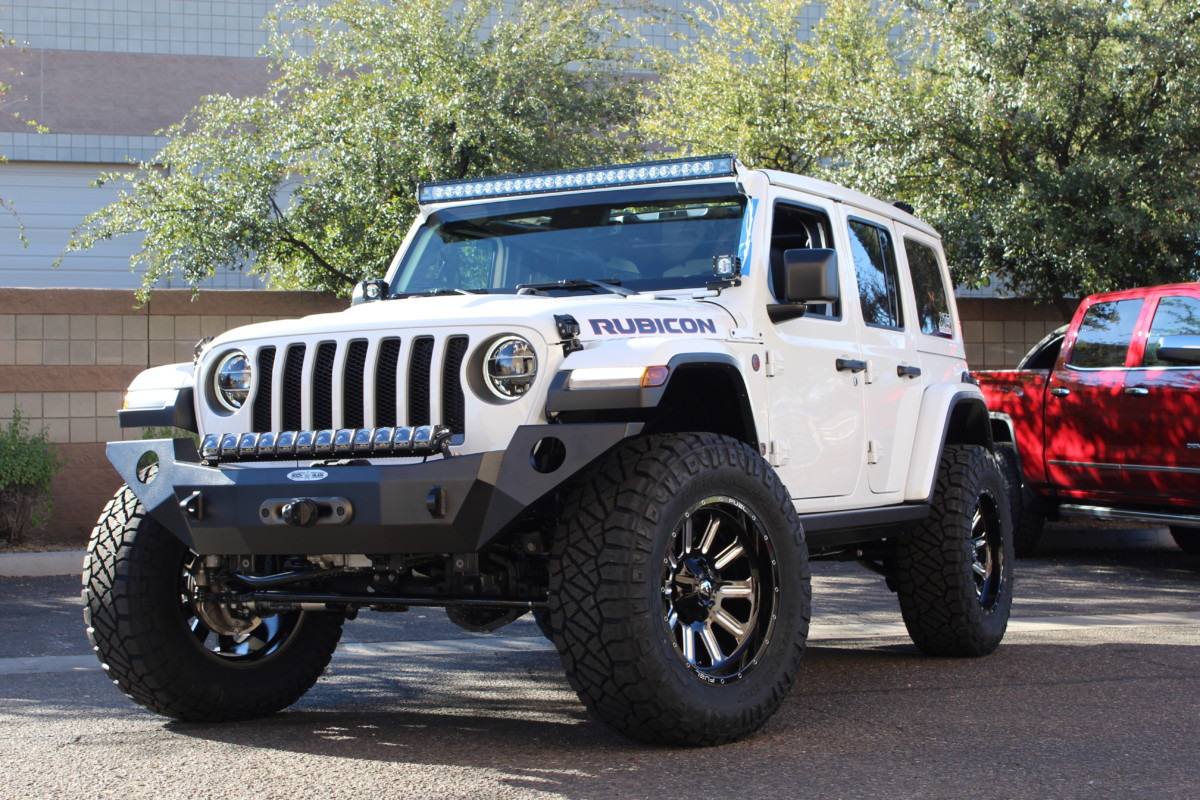 This awesome Jeep JL was brought to us by the guys at Flyin’ Marlin for this super clean street/dirt style build. Beginning with the suspension, we gave it a 2″ lift using a factory Mopar suspension matched with a set of Fox 2.0 Shox, this provided the JL with enough clearance for the massive 37×12.50R20 Nitto Ridge Grapplers on its new 20×10″ Fuel Offroad Hardline wheels that really set the Jeep off. To complement the lift and give it some more aggressive styling, we went with some Rockslide Engineering armor which included their Rigid Series front bumper and a nice set of electric fold down Rockslider steps. Hiding within the armor is a Warn VR-8s Winch with an Epic Shackle counterpart, a Rigid Industries 30″ Adapt light sits on top. Aside from the Adapt and to also assist in lighting the way at night, we have a set of Rigid Industries pillar mounted pod lights, a 50″ Radiance Roof light bar mounted with a Z Roads Brow kit, and a set of rock lights to light the undercarriage so as to not step out into some harsh Arizona Cacti. For a little boost in the RPM range, this JL is outfitted with an AFE Performance Exhaust System, a Hypertech Speedometer Calibrator is used to retune the factory speedometer to work with the oversized tires. A set of Weathertech floor mats keeps the mud off the new carpet and helps preserve the beautiful new JL interior.